Meat in a box

I was supplied an image to include in the Farmland Legacies brochure, as a well-deserved promotion for their meat processing partner, Drake Meat Processors. The image was supposedly two separate frames from a video shoot, sandwiched together, showing a package of frozen ground beef on the top, and a Drake Meat cardboard box on the bottom. See photo below: 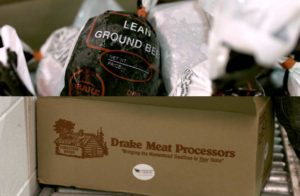 While the idea of promoting Drake Meat was a very good one, the image was not. Although, when I first got it, I couldn’t quite figure out what was going on, but knew it didn’t look quite “right”. After a closer study I finally realized what it really was.

After some thought and some misgivings about using it as is, I decided to tackle a ‘rebuild’ of the photo in 3D. I built an open box, found some cardboard textures and salvaged the Drake Meat logo from the original photo. The frozen ground beef package was a bit trickier, so to save time I simply cut the clearest package out of the photo and applied it to a plane in Cinema 4D with an alpha channel. The meat ‘package’ was copied a few times and positioned somewhat realistically in the box, although each is identical. In hindsight and with more time, perhaps a ‘real’ 3D model of the meat package would have been better, but this got the job done and everyone was happy. 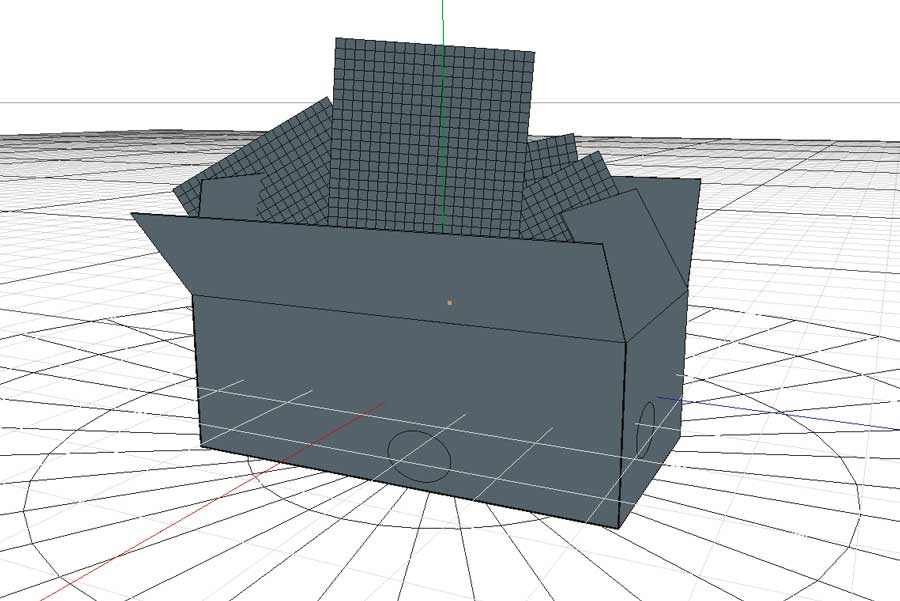 Cardboard box with simple planes inside. The planes will have the image of the meat package applied to them. 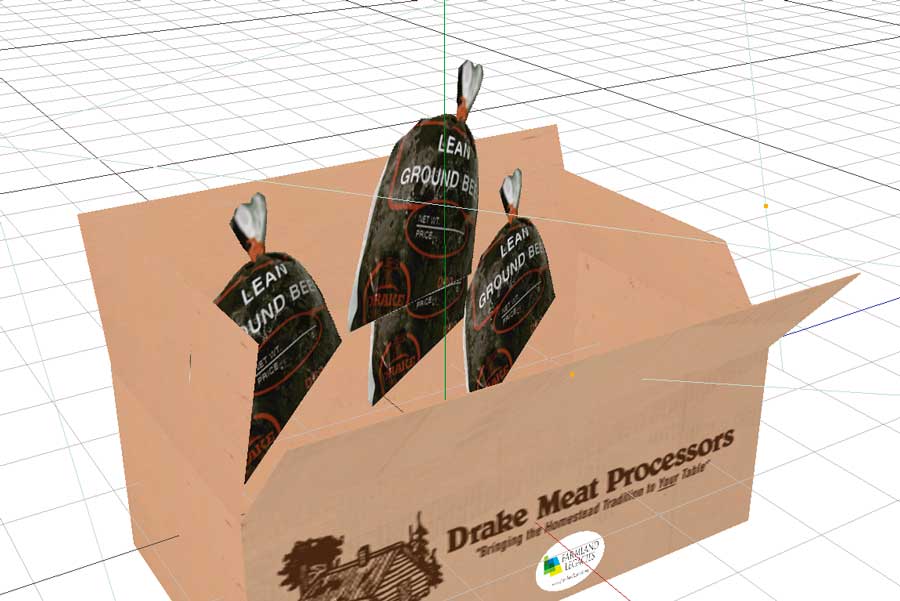 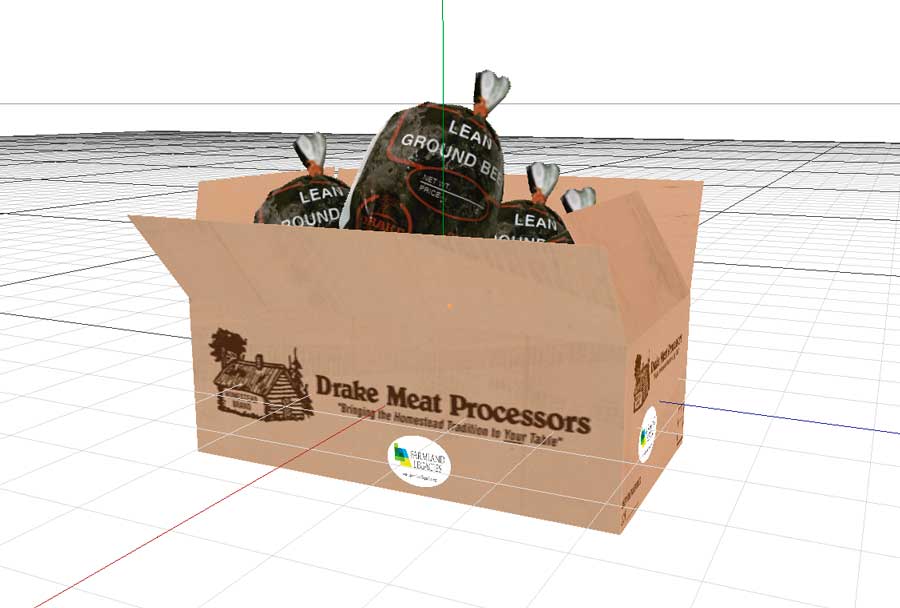 Final layout with everything placed in position. 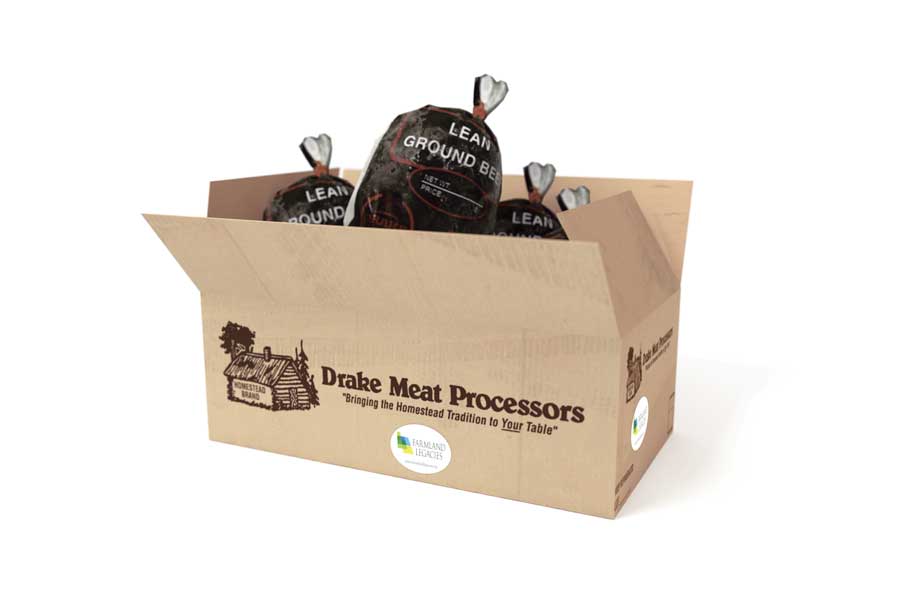 Final render as used in the brochure.